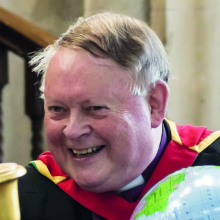 Richard Fenwick was born in Cardiff, his first musical training being as a member of the Llandaff Cathedral Parish Choir under the fondly remembered Kenneth Turner – originally a student under Harold Darke, and composer of a number of anthems, including “O Trinity, most blessed light”.  Richard went on to study Organ under the celebrated Welsh blind Organist, David Williams.  Williams had been a student at the Royal College of Music under teachers including John Ireland and Sir Walter Alcock, and his lessons left an indellible mark – particularly the memories he passed on of tutorials with these great figures.

After an Arts Degree at Lampeter Richard went on to Cambridge to study Theology. He was ordained in the Diocese of Llandaff, but continued with his studies in Music.  He won Fellowships at the London College of Music and Trinity College London.  He then took his MusB degree at Trinity College Dublin.  This was followed by a Master's in 19thcentury Church Music – and finally a PhD of the University of Wales in Ecclesiastical History.

Though always lacking time to practice (like us all!) he has played for many Recitals – including the cathedrals at Rochester, Guildford, Coventry, Newcastle-on-Tyne, Bangor and St Woolos Cathedral Newport. He also did two at St Paul's Cathedral, London.  Again, his work in the Church has taken him to many parts of the world – latterly as Bishop of St Helena in the Anglican Province of Southern Africa.

Now, after 7 years on St Helena, he and Jane have returned home for good.  It is with real delight they have come back to their family – but also for Richard into the life of the Guild. 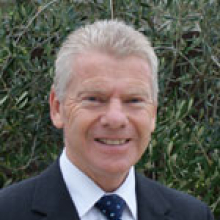 John started his life in music with singing and piano lessons at the age of 6. Shortly after this he joined his local church choir in Portishead near Bristol. It was during these early years that he first sang in a cathedral – Wells – as part of an RSCM music festival. He won a choral scholarship to the cathedral choir at Gloucester where he was a chorister under Herbert Sumsion and John Sanders for four years.

Whilst at school there he continued with lessons in piano and ’cello. Throughout his life he has retained close contact with the life, work and music of the Cathedral at Gloucester which culminated last year with the publication of his book The Organ of Gloucester Cathedral – a story in Words, Pictures and Sound. 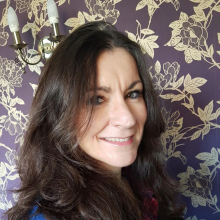 I started my musical life at the age of 6 when I joined a local choir.  We used to put on musical shows for Harvest Festival including Oliver and Joseph's Amazing Technicolour Dreamcoat which would run for a whole week and I loved it.  My father, a music teacher, started teaching me the piano around this time and this is where my love for playing began.  I also started to learn the violin but this was not really very successful and my father and I thought that the best way forward would be to learn a woodwind instrument.

Whilst in secondary school I began my bassoon lessons. We were very fortunate in our school to have a very enthusiastic music teacher who ran a recorder group and a great Head of Music who ran the school wind band which is where I first experienced playing in groups.

By the age of eighteen, I had progressed to grade 8 bassoon, regularly playing in five orchestras and for several operatic societies around Sussex and Surrey, often under my father’s baton.  The last production I played for as a teenager was  Gounod’s opera Faust.

I currently play 1st bassoon for the Chichester Symphony Orchestra and sing 1st Alto in the chamber choir, Chichester Voices. I also regularly sing for visiting choirs when cathedral choirs are on holiday and love meeting up with friends for anything musical.

I am delighted to have been asked to become Membership Secretary for the Guild and very much look forward to meeting many members new and old at our General Meetings. 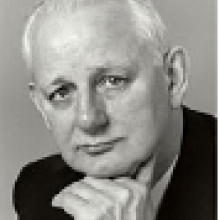 David Bell was a Silver Medallist at the Guildhall School of Music and completed his organ studies with Ralph Downes and Dr Osborne Peasgood.  Since then, in a long career as organist, he has performed at concerts in most of the principal venues in Europe, North America (principally on the eastern seaboard, including Carnegie Hall in New York), South America, together with several tours to Japan and Australia.

For fifteen years, he was organist to world−class conductor Herbert von Karajan, and, under his direction, performed on a regular basis with the highly prestigious Berlin Philharmonic Orchestra.  Other conductors he has played under include Sir Georg Solti, Klaus Tennstedt, Kurt Masur, Vernon Handley, Sir Adrian Boult and Franz Welser Most, Georges Pretre and Rostropovich (Tchaikovsky Manfred Symphony).   He has also worked on opera productions in Rome, Paris, Vienna and Madrid and Milan.

Early in his career, organ-builder Henry Willis brought him into contact with some of the finest organs in the country. In this connection he gave several demonstration recitals at Westminster Cathedral and St. Paul’s Cathedral. His numerous recital locations since have included five public recitals at St. Paul’s, and other recital venues include Liverpool Anglican Cathedral (twice) and Westminster Abbey.

Among other London venues, he has had a long association with the grand organ in the Royal Albert Hall, on which he has played  for a variety of concerts for over thirty years.

David held the Office of Master of this Guild for a distinguished period of twenty years.