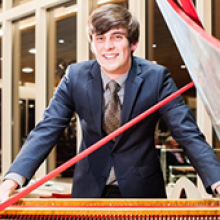 Christopher D. Lewis is a contemporary harpsichordist and a Naxos Records recording artist. His fascination with the instrument began at a young age, and since then he has made it his mission to bring the modern harpsichord and the music written for it to a global audience, intent on sharing its beauty and versatility far and wide. He has recently completed an Arts and Humanities Research Council funded PhD focused on the modern British harpsichord, and he is already internationally known as an authority on harpsichord in both classical contemporary music and in popular culture.
He performs internationally, and has toured all over the United Kingdom, Canada, the United States, the Netherlands and the South Pacific. He is a Senior Lecturer at Chester University and was recently appointed an Honorary Fellow of The Guild of Musicians and Singers. 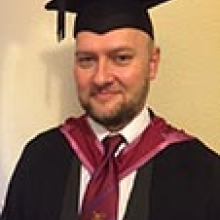 Lee Wallace is a keen amateur singer based in Leeds, West Yorkshire, who had a close association with the late Honorary Fellow of the Guild, James Holt, who gave him his start in singing at the relatively late age of 23. His wide vocal range has allowed him to sing in a variety of musical styles. In church music he has sung soprano and alto at James Holt’s own Church St Mary’s Beeston, Leeds and the Church of the Venerable Bede, Bramley and for the last 22 years in The Heritage Singers (taking Anglican Church Music into Churches that have lost their choirs) conducted by Tim Knight, Composer and Conductor.  Lee currently sings Bass in Tim Knight’s Concert Choir, Masterworks Chorale, which is conducting a European tour over five years, singing choral works in the building for which they were written. In recent years they have sung in New York, Paris, Venice and this year will be visiting Lichtenstein.

He also sings as a first tenor with Leeds Male Voice Choir and alto in one of the last remaining Glee Societies, Fulneck Glee Society.  He has also sang for a season in Leeds Baroque Choir as a counter-tenor conducted by Peter Holman. 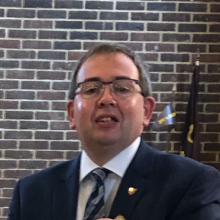 Jonathan Buchan is a Freelance Organist and Singer based in Glasgow and is currently Director of Music at Kings Park Church of Scotland. He has been involved in Church music since the early 1990s and loves his job and the variety involved within it. He is also Registrar for the Society of Crematorium Organists and Administrator for the Scottish Historic Organ Trust. His love of music also allows him to sing at Burns Suppers and Adjudicate at the Gaelic Mods in Glasgow. 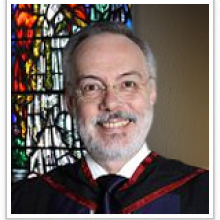 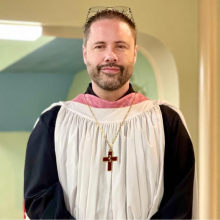 A native of Haverhill, Massachusetts, Christopher has been involved in Church music ministry for 32 years. Having served in a number of parishes on Massachusetts and New Hampshire, Mr. Maynard at present is the Director of Music Ministries at Saint Patrick’s Roman Catholic Church in Milford, New Hampshire and Organist/Cantor at Saint Kathryn Parish, Hudson NH. Mr. Maynard is proud to hold a number of Fellowships from learned societies for musicians in Canada and the United Kingdom. As of recent, Mr. Maynard passed his Licentiate Exams in Choral Conducting from Victoria College of Music and Drama and Fellowship Exams in Church Organ Performance, Choral Direction and Chorister from The Three Counties School of Music. Also, Mr. Maynard was made Associate Fellow of the National College of Music, London and Fellow of the National Federation of Church Musicians which is directly associated with the College. Mr. Maynard also holds the Office of Master for the Fraternity of Saint Cecilia and is a founding member of the Fraternity. 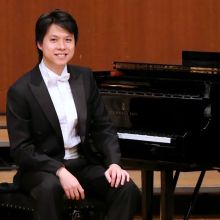 Principal Keyboard of Hong Kong Sinfonietta since 2011, Alan Chu is one of the most versatile and sought-after pianists in Hong Kong, performing extensively as soloist, collaborative artist and orchestral musician both locally and abroad to critical acclaim. He is also an experienced university lecturer and administrator serving as the senior lecturer cum music programme leader at The Open University of Hong Kong and co-currently on the part-time/adjunct faculty of The Chinese University of HK, HK Baptist University, The Education University of HK and HKU SPACE. A prize winner at the Steinway & Sons International Youth Piano Competition and Jaques Samuel Intercollegiate Piano Competition, he graduated from Royal Academy of Music and Royal College of Music in London with Master of Music and Bachelor of Music (first-class honours) respectively, and studied at the Cologne University of Music in Germany under an Erasmus scholarship. He holds various advisory and fiduciary roles (HK Arts Development Council, HKS Musicians’ Union, HK Society for Art and Charity, etc.) and is a regular juror of many international/national music competitions. He was conferred Associateship (ARAM) by his alma mater in 2017 and was recently elected a Fellow of The Guild of Musicians and Singers. 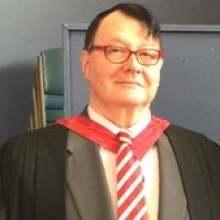